Step Up, Step Out, and Shine with Africa Miranda

Sometimes, we are our own worst enemies. We may have a limiting belief that holds us back, so we never reach our full potential. We may interact with others based on something that is not true, which hinders our connections. We may think the world functions a certain way, and this perspective can confine our impact. Instead of moving forward, we can hold ourselves back.

In this episode of In a Manner of Speaking, Elena Armijo speaks with executive producer, creator, beautypreneur, and digital personality Africa Miranda. Africa’s grace, grit, and genuine spirit have taken her from working in the talent industry as an actress and model to owning a media and production company. She is passionate about creating opportunities for people to expand their lives and multiply the beauty in the world. Together, they discuss how Africa took command of her life, the empowering capacity of social media, and the ways she is using her gifts to impact others.

Africa Miranda began in the talent and media industries. As she progressed in this space, she recognized that she didn’t have to wait to be chosen to be the face of a campaign or to get an audition. She could create her own campaign and develop her own products. However, in order to take control of her life, she had to “[get] rid of this belief that… my success was dependent on access and other people.” She could create her own opportunities, but she needed to step up and step out.

For Africa, one of the most powerful ways to do this was through social media. “I just recognized that social media was an avenue to basically have control of your life and start sharing your story and build community,” she says. “That really was honestly the thing that transformed my life and my career.”

Now, she leads her own production and media company so she can tell her own stories and create opportunities for others to do the same; she teaches courses and offers coaching through her Step Up, Step Out, and Shine Digital Media Training Academy, so that people can present themselves in their best light on social media; and she works with HomeGoods to inspire others to make their homes more beautiful.

The Disruption: In 2015, Africa Miranda said a potent, magnetic phrase that encapsulated her message: “Step Up, Step Out, and Shine.”

Over the next few years, as she talked with creatives and entrepreneurs about how to use social media, she saw that people needed encouragement to be proactive, connect with others, and seize their potential. In 2018, she published her book Step Up, Step Out, and Shine, so people can understand that they possess the power to choose the lives they want.

As Africa says, “Whether it is about, you know, creating a business… feeling better, living better, eating better—any of those things—you literally can take steps to do that.” Life can be more full, more beautiful, and more impactful than people can imagine; it’s up to them whether they will seize it. Powerfully, Africa admits that she has not stumbled upon some magic formula to inspire others through her strengths and gifts. Everyone has the potential to inspire others to live beautiful, significant lives.

What are limiting beliefs stopping you from? Elena shares that a limiting belief is defined as a state of mind, a conviction, or a belief you think is true that limits you in some way. This limiting belief could be about you, your interactions with other people, or about how the world works.

For example, if you think that you’re not fit for a role—also known as imposter syndrome—that is a limiting belief. If we believe our limiting beliefs, then we are operating in light of those ideas and it hinders our impact and growth.

Nevertheless, we can combat limiting beliefs with truth, self-evaluation, and wisdom.

What you believe informs your life.

Purchase Step Up, Step Out, and Shine on Amazon! 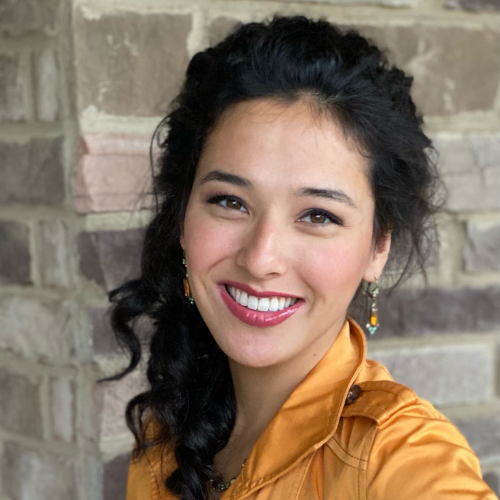 From my earliest days, I have adored stories. As I’ve sought to serve others throughout my life, I’ve witnessed firsthand how fictional and real-life stories shape our society, reframe one’s circumstances, and call an individual’s heart to heroism in a world desperate for heroes.

We all have a story to tell. My desire is to use my strengths in writing and editing to ensure that everyone’s “next chapter” is better than the one before.

When I’m not writing a new story, cooking a homemade recipe, spending time with others, or going on an adventure, I'm curled up with a hot cup of tea and a good book.

How to Work Without Needing a Vacation with Natalie Megules

When was the last time you tried something new? Great leaders look for ways to innovate, but what often stops them is the fear of risk.

Hold On To Your Authority and Your Magic

In this conversation, Elena speaks with The Queen of Synchronicity and an intuit Virginia Mason Richardson about authority, intuition, magic, and healing.